Many famous creatives are pivoting to business. Here's a look at some of the celebrity brands they helm.

It’s not just corporate workers who have used momentum from the Great Resignation to switch careers and build the next big thing. These days content creators, influencers, actors and everyone in between are starting celebrity brands to build businesses on top of their creative careers.

From Emma Chamberlain to Justin Bieber to Nikita Dragun, more and more celebs and influencers are becoming entrepreneurs. They’re founding brands in beauty, beverages, and skincare, and even becoming value add investors.

We’re here for anyone turning their passion into a career-eclipsing side hustle (we’re looking at you Rihanna). In this piece, we’ve rounded up celeb founders to know, including:

Celebrities and Influencers Breaking into Beverages

From non-alcoholic mood boosters to celebrity-owned tequila brands, many famous founders are getting started in the beverage space and seeing high returns.

Not only is Emma Chamberlain a social media star and Gen Z’s unofficial leader, she’s also the founder of a wildly successful brand for caffeine-lovers: Chamberlain Coffee.

Chamberlain’s coffee obsession has been well-documented since her earliest days in the spotlight. She told Forbes that coffee has been her escape for a long time now, and that she’s dreamed of working with it in some capacity (barista, mogul, or otherwise) since she was a kid.

Chamberlain’s pivot to a D2C ecommerce brand is not only fulfilling a childhood dream, but also ensuring financial longevity. People will still be drinking coffee long after they’ve tired of vlogs.

Content creators Logan Paul and KSI first came together as opponents in an amateur boxing match. The event was opened by a fight between the pair’s younger brothers, internet personalities Jake Paul and Deji Olatunji. In 2019, Logan Paul and KSI followed their amateur fight with a professional rematch.

Thousands showed up to watch the fight and sports streaming service DAZN reported that the match was their 5th most watched event the year it aired.

Early this year, KSI and Paul buried the hatchet and came together as business partners, launching energy drink PRIME Hydration.

Our new delicious flavor, just in time for the Summer.@KSI and I are proud & humbled to announce that Prime is officially the fastest growing hydration drink in America, represented by the ICE POP colors — red, white, and blue 🇺🇸 pic.twitter.com/uhkH1tutqK

Just a few months out from launch, the brand is seeing massive success. It is currently the fastest growing sports drink brand in the U.S. and is slated to sponsor the car of NASCAR driver Tommy Hill at an upcoming race.

Hadid co-founded the brand Kin Euphorics with entrepreneur Jen Batchelor. Kin Euphorics are non-alcoholic drinks meant to boost moods and reduce stress. They’re not CBD-infused either. Instead, the line relies on adaptogens: herbs or plants believed to reduce stress on the body.

Batchelor said the brand doesn’t aim to replace other market options, but instead to create a whole new category.

Blake Lively is joining this category with the launch of her sparkling beverage line Betty Buzz, designed to enjoy with or without alcohol.

The actor wrote that—despite husband Ryan Reynolds' high-profile love of gin—she doesn’t actually drink. But that doesn’t mean she doesn’t like to mix, and this hobby got her excited about creating her own mixer.

Betty Buzz debuted in 2021, a year after Reynolds sold his brand, Aviation Gin, to Diageo for $610 million.

Over more than a decade in entertainment, Nina Dobrev (Vampire Diaries, Perks of Being a Wallflower, Love Hard) and Julianne Hough (Safe Haven, Dancing with the Stars) formed a close friendship. The pair bonded over leading active and healthy lives, while still incorporating a fair share of fun and wine.

In 2019, they turned this shared passion into Fresh Vine Wine, a brand offering thoughtfully crafted, gluten-free wines, from Rosé to Cabernet.

In 2021, their company went public. Helmed by CEO Janelle Anderson, it is one of just 6% of female-led companies listed on the New York Stock Exchange.

Celebrities have collaborated with brands to launch and advertise products since the Golden Age of Hollywood. While this trend continues, we’re also seeing a rise in celebrity-owned makeup brands. More and more stars are taking control of the products they sell.

The tipping point of Nikita Dragun’s success came with a video she posted in 2015: “I am TRANSGENDER.” What followed was a public journey through her transition. Since then, Dragun has amassed 3.5 million Youtube subscribers, 9 million Instagram followers, and founded her own brand: Dragun Beauty.

It’s makeup made with a mission: to allow people of all sizes, genders, and identities to make their fantasies come true.

mommy i did it 💜 almost 4 years ago my mom dropped me off in LA with only a dream. fast forward and i’m opening a pop up store in the mall we first came to. funny enough next to the store that said “Trans woman can’t sell the fantasy” ...i’ll be selling my fantasy NEXT DOOR. pic.twitter.com/cVQkv48fgO

Selena Gomez has been in the public eye since she was a young cast member on Barney & Friends. Since then, she’s grown into a prolific actress, chart-topping musician, and outspoken advocate for mental health awareness and action.

In 2019, Gomez founded Rare Beauty, a line of “makeup made to feel good in, without hiding what makes you unique.” Rare Beauty is committed to donating 1% of all sales to their Rare Impact Fund, which works to increase mental health care access in educational settings. The fund’s partners include organizations like:

Beyond the brand’s social impact promise, it’s also doing well in sales, generating $60 million in revenue just six months out from its launch.

As original beauty influencers, Marianna Hewitt and Lauren Ireland know skincare. But after years of searching through products, they were still left largely unsatisfied by market options. Hewitt was always jet lagged and left searching for a product to make her feel more awake. Ireland was pregnant and searching for products with clean ingredients. These needs brought the duo together to found Summer Fridays and create their first product: Jet Lag Mask.

Summer Fridays now offers a dozen skincare products and is committed to:

The pair maintains that much of their success came from carefully planning ahead. For example, Hewitt and Ireland had a goal of selling in Sephora, so they created a box for display before ever reaching out to the beauty giant.

It paid off: Summer Fridays is a Sephora staple and in 2021, the brand was the number 5 skincare brand in the U.S.

After worldwide success as an actress, Jessica Alba made the decision to step back from the industry and focus on her health as a mother. In 2012, she founded the Honest Company, a newborn care brand built on a commitment to clean ingredients.

In 2014, the company raised $70 million and approached a valuation of $1 billion. At the time, the brand was focused on natural baby products (from diapers to shampoo). The same year, they launched a partnership with Target.

Today, the Honest Company maintains their newborn-focused vertical, and has also ventured into other sectors, including bath, body, and beauty. The brand pillars include:

We can’t talk about celebrity makeup brands without talking about Rihanna.

Although she started out as a grammy-winning pop star, Rihanna—net worth $1.7B—has largely pivoted from music to her high-returning brands, Savage x Fenty and Fenty Beauty.

Widely recognized as one of the best celebrity makeup brands, Fenty Beauty is especially celebrated for its extensive range of skin tones. Both Fenty Beauty and Savage x Fenty are leaders on inclusivity and diverse model representation. If the numbers are anything to go by, consumers are resonating with it.

Rather than rolling out a line in partnership with a department store, many influencers are opting to design their own celebrity clothing brands. If they leverage their following right, they can benefit from a close relationship with consumers and strong brand visibility.

Below are some successful examples.

Since a photo of her went Tumblr-viral at 15, Alexis Ren has:

A decade ago, Amanda Steele was a 6th grader posting makeup tutorials, hair care tips, vlogs, and hauls to YouTube. In 2014, she hit 1 million subscribers.

Steele has capitalized on audience interest in entrepreneur-influencers’ creative process. The influencer still posts behind-the-scenes videos about the process of designing new drops for her brand.

Pop’s on-again off-again favorite, Justin Bieber, also got his start on YouTube with covers of Lil Bow Wow, Sarah McLachlan, and other stars. Since then, he’s released six studio albums and quietly founded the House of Drew.

According to the site, House of Drew is not only a clothing brand specializing in casual street wear (sweatshirts, tees, etc.) but also “a community, a place where you can be yourself and [feel] loved, encouraged, safe and valued.”

Beyond his entry into the world of celebrity fashion brands, Bieber is also a budding venture capitalist. According to PitchBook, he’s invested in seven early-stage ventures. Most recently, MoonPay, an app for buying and selling crypto.

Not only did husband and wife duo Ethan and Hila Klein launch the successful Youtube channel-turned-podcast H3 together (2.96 million subscribers), but they also joined forces to roll out the colorful, wearable clothing line Teddy Fresh.

Teddy Fresh is helmed by Hila Klein, who serves as the brand’s CEO and principal designer. Klein started the brand to bring fun to adult clothing.

“I was looking for colorful stuff, and when I’d look at kids' clothing everything looked so epic,” she said. “I wanted to bring those fun vibes for adults and at a consumer price that is approachable for everyday people.”

Since it’s 2017 launch, the brand has sold out after drops and seen collabs with:

Landing a role in 2000’s Almost Famous is what earned Kate Hudson a Golden Globe and rocketed her to stardom. Since, she’s amassed dozens of acting credits and co-founded crowd-favorite athleisure brand Fabletics with Adam Goldenberg and Don Ressler.

In 2021, Hudson took a step back as the face of Fabletics to assume a role as strategic advisor.

Business Journal estimates that the company brings in $650 million in annual revenue.

Celebrity brands are a great example of how individuals can capitalize on their creative momentum to start a business and build the next big thing. Beyond earning them more money, these brands are giving stars more control over their careers and setting them up for longevity, no matter how many auditions they land.

At Worklife, we’re committed to supporting the companies of innovative founders and making it easy for anyone to start their own thing.

If you’re actively raising, we make investment decisions in 24-48 hours.

Read more of our favorite founder and self-made stories below: 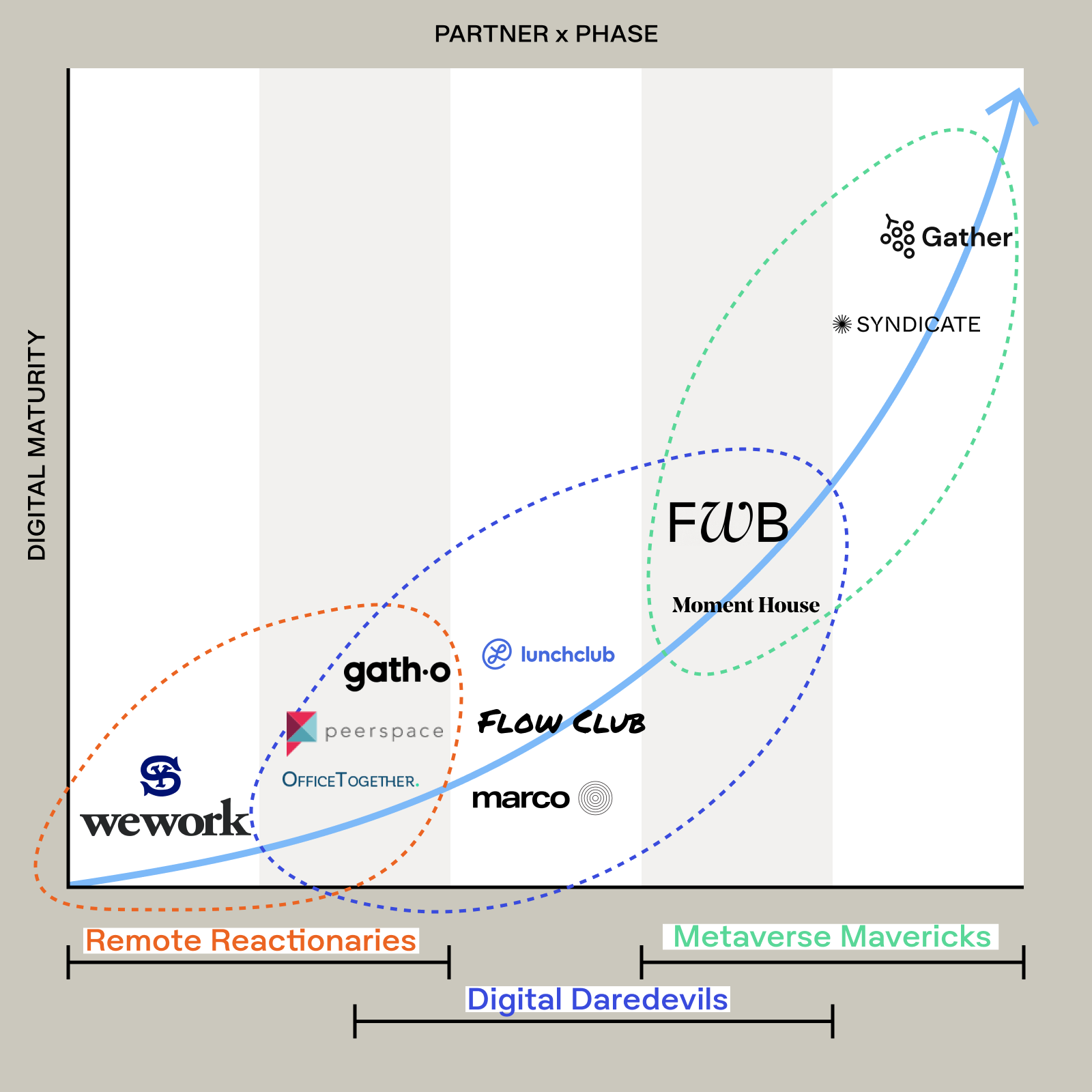 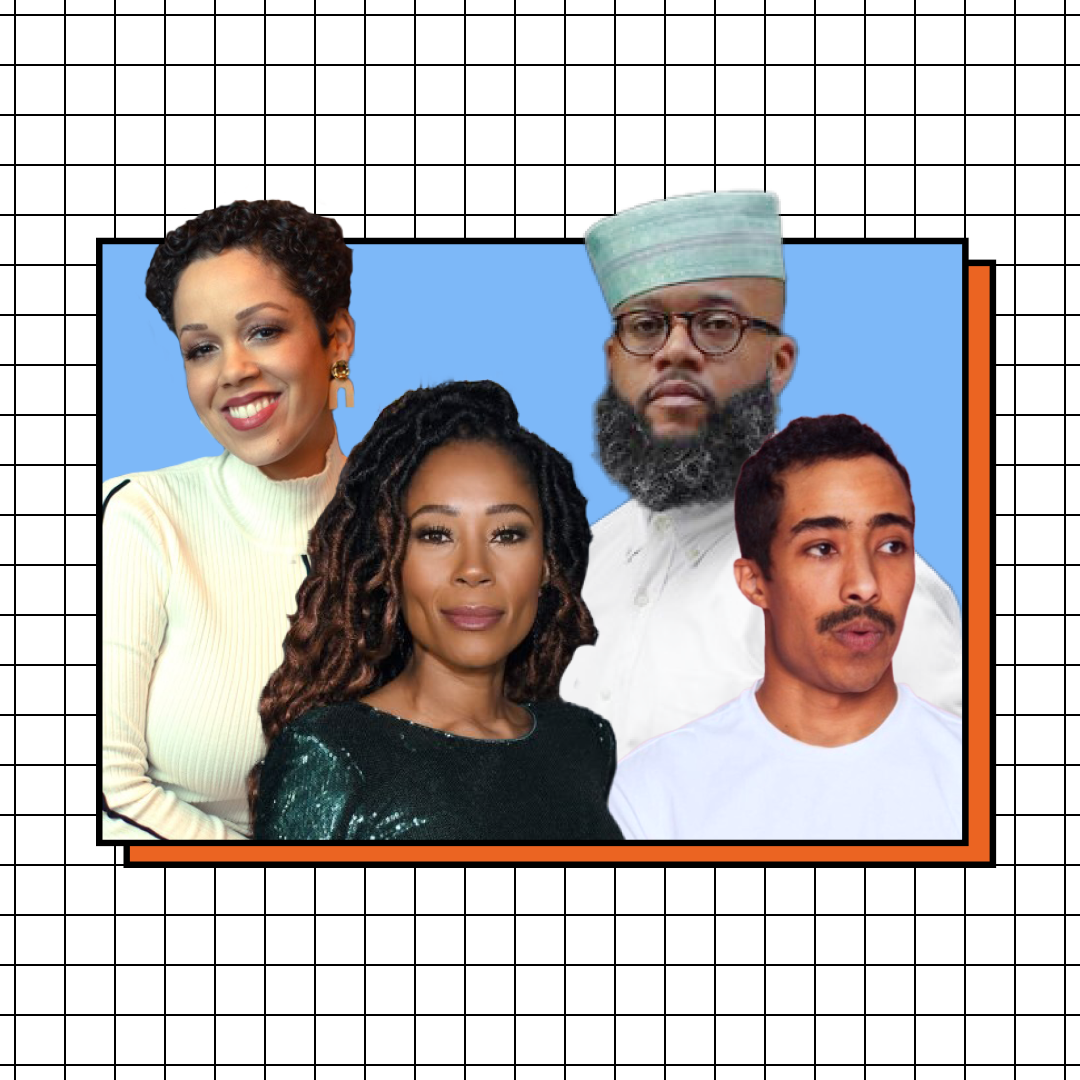 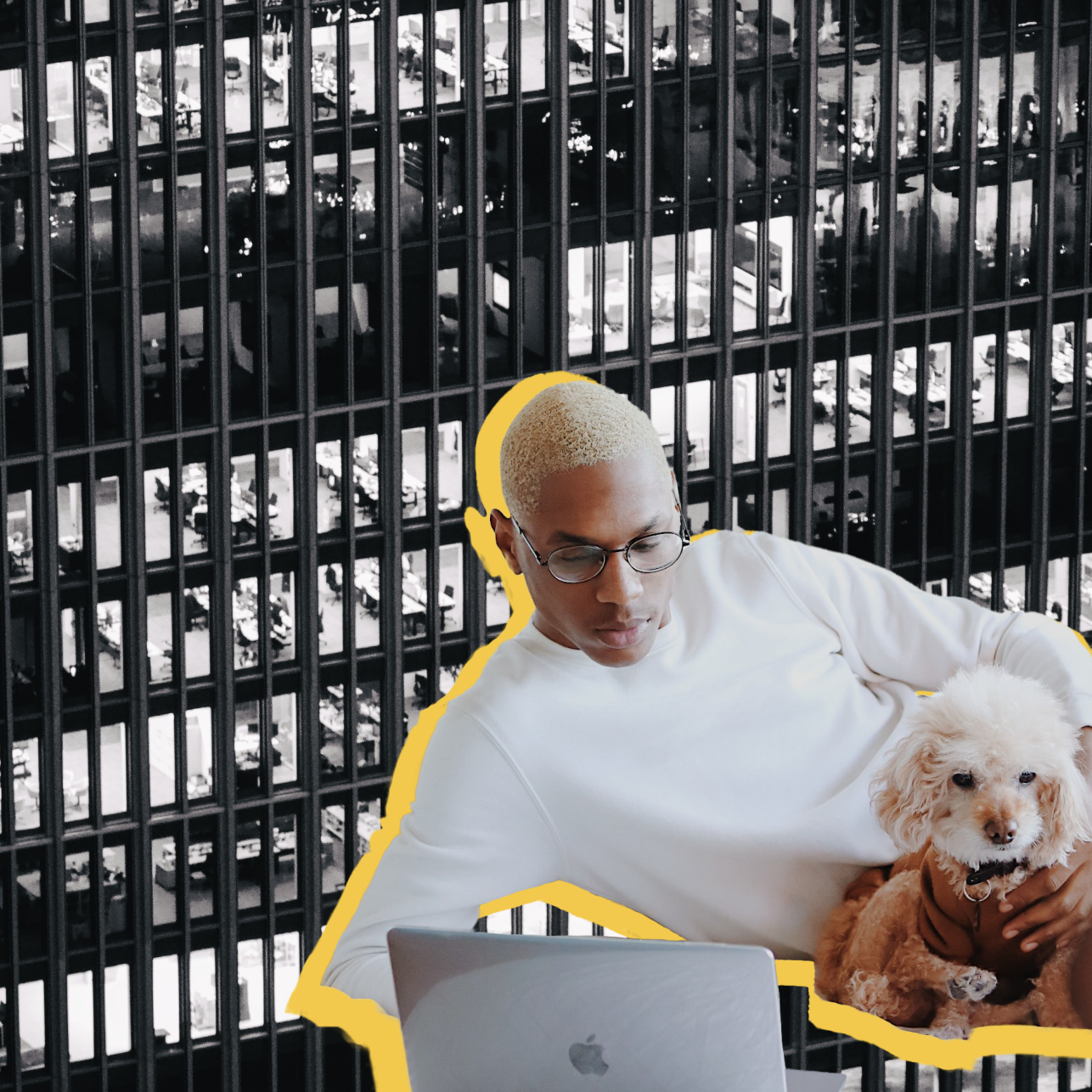 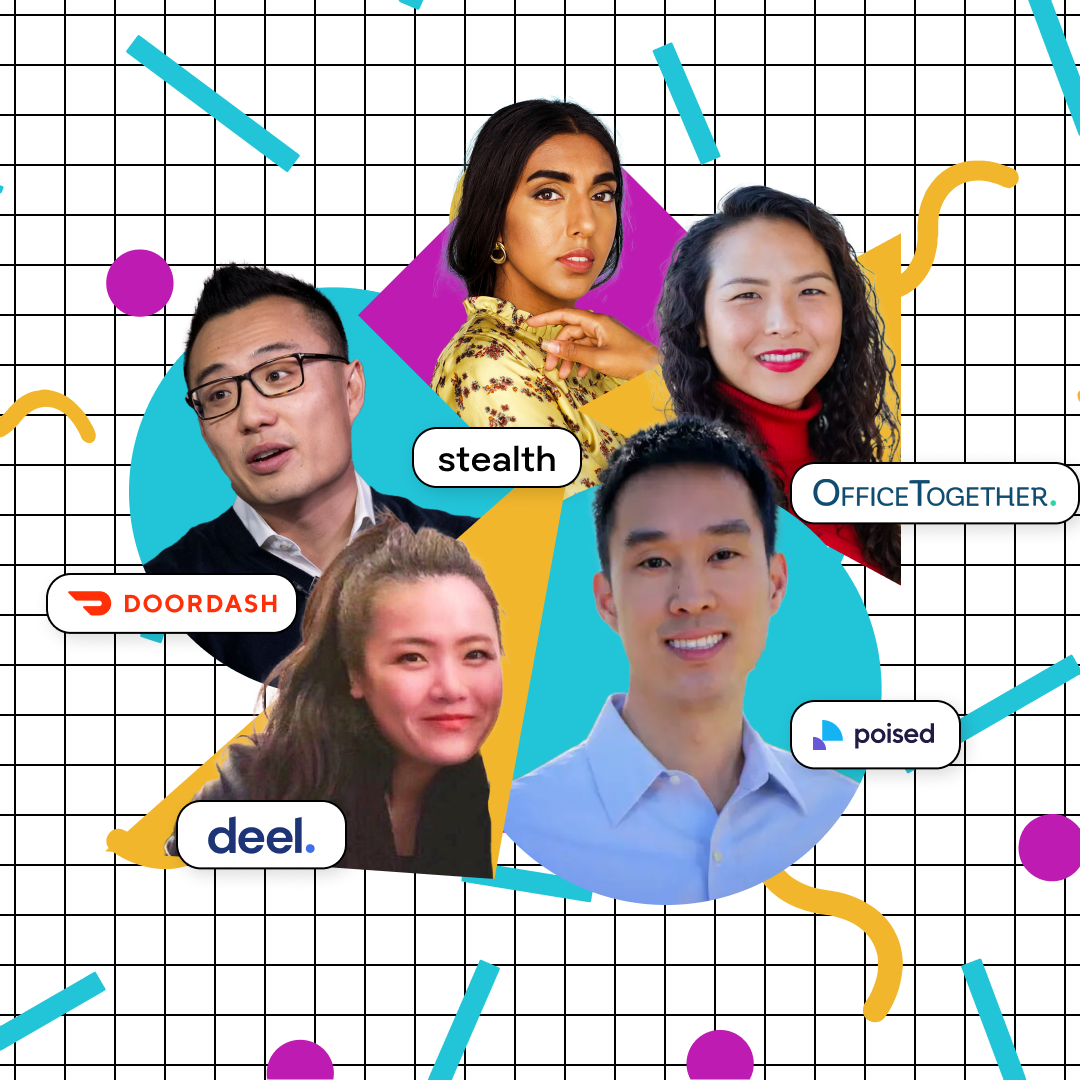 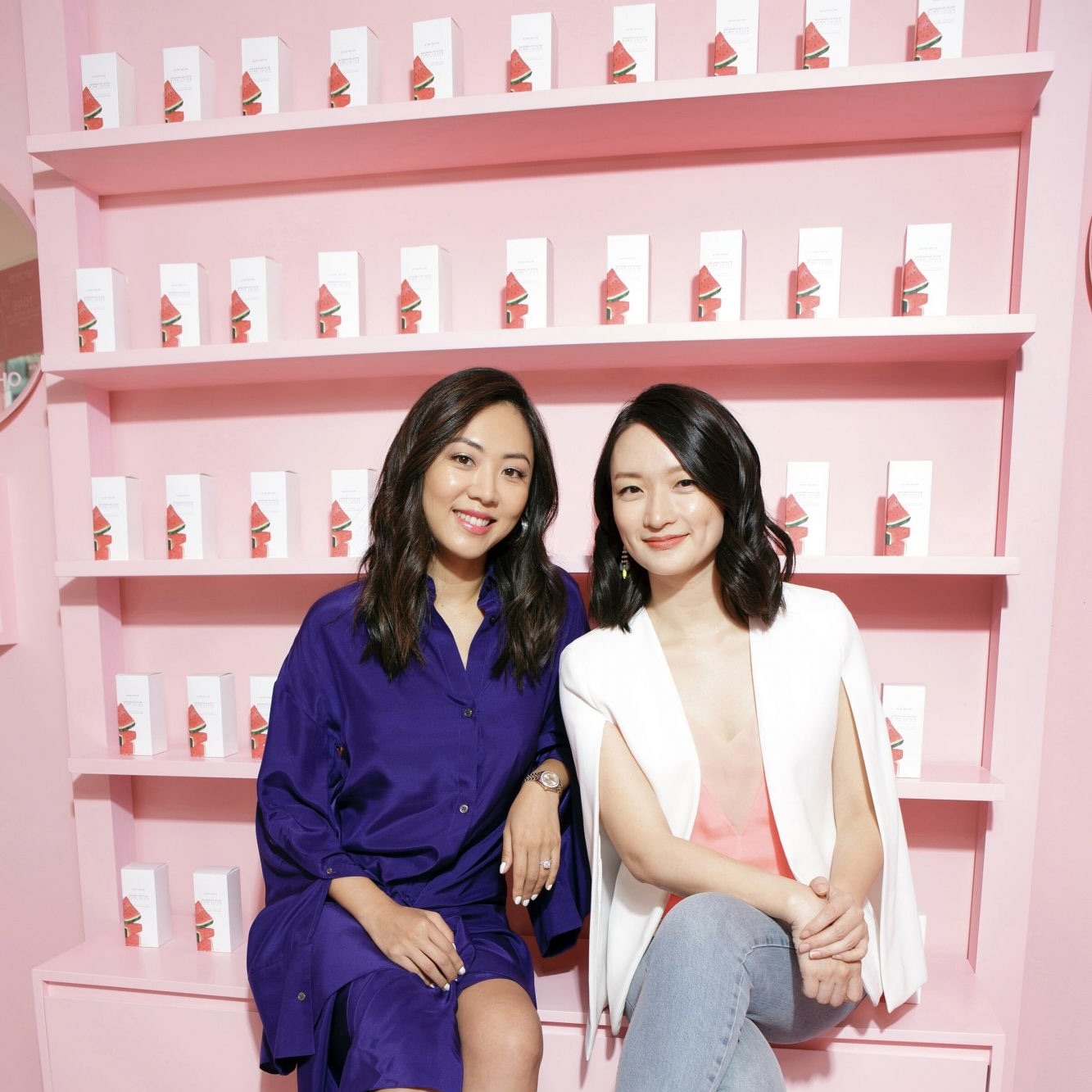