What is Superhuman email? Founder and CEO Rahul Vohra explains.

I recently sat down with Rahul Vohra, the founder and CEO of email client Superhuman to answer both the basics (what is superhuman email?) and the complex (why did you build superhuman?).

In this chat, Vohra discusses his unique approach to building products that turned email—one of the most routine and mundane daily tasks—into a game-like experience that’s:

Whether you’re an email enthusiast, video game lover, or chronic inbox avoider, this is the perfect in-depth look at Superhuman.

Who is Rahul Vohra? Superhuman founder.

With a computer science degree from Cambridge and a background as a video game designer, Rahul Vohra entered the tech scene in the early 2000s. During that time, he co-founded Rapportive, an email company that LinkedIn eventually acquired. At LinkedIn he led email integrations and witnessed rapid scaling at the company as it grew from 1,500 employees to more than 10,000.

It was during this time that the idea for startup Superhuman was first formed.

“When Gmail first came out in 2004, it was fast and clean and did one thing *email* really well,” he said.
“But over the years it became slow, started killing battery life, and was getting bogged down by extensions. That’s why we wanted to create something that would be like if you were to build Gmail from scratch, but with today’s technology that was blazingly fast, visually appealing, and keyboard-driven.”

But what would be the secret sauce that made all of this work?

Going back to his roots, Vohra started from first principle as if he were going to build a highly entertaining, maybe even slightly addictive, video game.

Game-like experiences will ride the next big wave in tech

Today, many companies are trying to build “Superhuman for X.”

But as Mehdi Boudoukhane pointed out, it’s not quite as easy as it sounds.

In Vohra’s case, his background and focus have enabled him to successfully create the delightful experience we associate with Superhuman today: an invite only, $30/month email service with more than 220,000 people on its waitlist.

Superhuman provides a satisfying experience all the way to inbox zero using a deep background in game design.

As one of the first productivity tools to emerge with a game-like experience, Superhuman is uniquely positioned to ride the next massive wave in tech as video games become a driving force for mainstream consumer culture.

Figma’s multi-player technology and Repl.it’s real-time collaborative coding are early examples for developer and design tools. I believe this is just the beginning and more will emerge across different teams, sectors and use cases.

The proliferation of gaming culture

Before we dive into the core components of a game-like experience, let’s look at early signals of the massive wave to come in gaming.

The gaming industry is now bigger than Hollywood. Americans spent $43B on video games in 2018 alone. Gaming culture will be increasingly synonymous with mainstream culture as professional gamers become celebrities, award shows celebrate game creators and streamers, and an explosion of new jobs emerge to support the gaming ecosystem.

The gaming tech stack is growing and well-funded. New platforms, leagues, content studios and a whole ecosystem of analytics, performance coaching and new technologies are emerging to support consumers, prosumers and professional gamers. There are an estimated 759 gaming related startups today. Game-inspired design will be the next big thing in tech.

The end of ‘game shame.’ Gaming has long battled a negative social stigma of promoting violence, misogyny and an often misunderstood camaraderie for the loners and socially inept, however increasingly video games are used in school to teach STEM and provide an alternative to traditional sports.

Research suggests girls who play video games are 3x more likely to study STEM. As games become more age, gender and geographically diverse, we will see a more inclusive ecosystem and a shift in the traditional ‘gamer’ stereotype.

In recent years, we’ve seen an influx of coding bootcamps and original programs:

I’m excited to see (and fund) original content such as video games and software experiences, especially those designed for women and underrepresented groups to learn and develop technical abilities.

How does superhuman email work?

Getting a bit more down into the details on Superhuman’s video game approach, we can see how the team leverages video game-like engagement hooks and rewards that tap into intrinsic motivations of users.

There are four key components to the game-like Superhuman email experience:

Getting to Superhuman inbox zero

During their one-to-one onboarding session with new users, Vohra’s team observes how an individual interacts with their Superhuman inbox and identifies stressful patterns of behavior, which informs how they teach users to adopt an entirely new way of interacting with email.

“Most companies worry about what users want or what they need. But we don't worry about that at all. We obsess about how users feel. We make users feel is just as important as what we make. And what we actually make is joy, in software form,” Vohra said.

More than anything else, Superhuman is a direct result of an intense focus on the emotions behind the experience that ultimately lead to delight.

New Superhuman email users learn the keyboard shortcuts during an onboarding session. These shortcuts help them quickly navigate through the tool and execute tasks more quickly when using it.

While Superhuman email didn’t invent shortcuts, it created a more approachable and popularized version of command line shortcuts that developers use daily.

I call this the “consumerization of the command line,” a shift in how users interact with their devices with a command line interface and use of keyboard shortcuts to remove distractions and increase productivity in a single session.

Since the launch of Superhuman, we’ve seen:

After downloading Superhuman email for their desktop and phone, new users get a functional onboarding where they hang out with a friendly Superhuman team member who’ll help them try out the controls and use new moves.

Like any good game, many superfans have designed their own ‘cheat sheets’ and share their personal hacks on social media with other fans.

For games and most productivity tools, "just enough" training can be achieved through a few onboarding screens and a standalone Discord community for users to learn from self-serve education and other users.

A good game flows smoothly and consistently builds momentum and speed as the user becomes more advanced. In Superhuman’s case, speed is a key factor for noticeable productivity gains and a highly differentiated product, especially when competing head-on with free email clients like Gmail. As users advance into a state of flow and focus, they experience more speed and less cognitive load compared to other inbox experiences. Users are immersed in the experience and ultimately rewarded with inbox zero and a reward screen (typically a beautiful landscape such as a mountain or beach).

“With these elements in place, you have the perfect ingredients for what is essentially a video game--and then you can start to layer things on top of that. One of the ways we do this is the name itself: Superhuman. Users are the superhumans; they’re the main character in the game--and by playing it, they become brilliant at what they do,” Vohra said.

Is Superhuman email worth it?

‍If you are looking for a fun and engaging experience to consistently get yourself (or your employees) to inbox zero, then yes, Superhuman email is worth it. ‍

Research suggests more than half of all employees are unhappy at work because of the software tools they’re using. Read: trying new tools can help retain staff.

While video game design in the context of workplace productivity is still fairly new and experimental, the core components bring a refreshing approach to building better products at work.

I hope to see more design elements inspire new tools and processes such as keyboard shortcuts and real-time collaboration that seamlessly integrates both “single player” and “multiplayer” modes to make work increasingly feel more like a game.

What’s next for Superhuman?

Looking ahead, Superhuman plans to double down on single player mode.

The reason: Vohra is more interested in horizontal teams than vertical teams, and wants to see what it looks like when all of the executives and leadership roles within a company are using Superhuman.

“I've always believed it's worth it (although probably harder) to absolutely nail the consumer single player use case before you start going into teams. So we're very much like Dropbox and say, ‘Let's nail that single player experience first,’” Vohra said.

In the future, Rahul Vohra and the Superhuman team will spend about half of their time doubling down on the things that users love and the other half of the time systematically expanding its single player audience.

Watch the full discussion & please say hi on Twitter! I’d love to get your thoughts and feedback.

Liked this piece? Also check out: 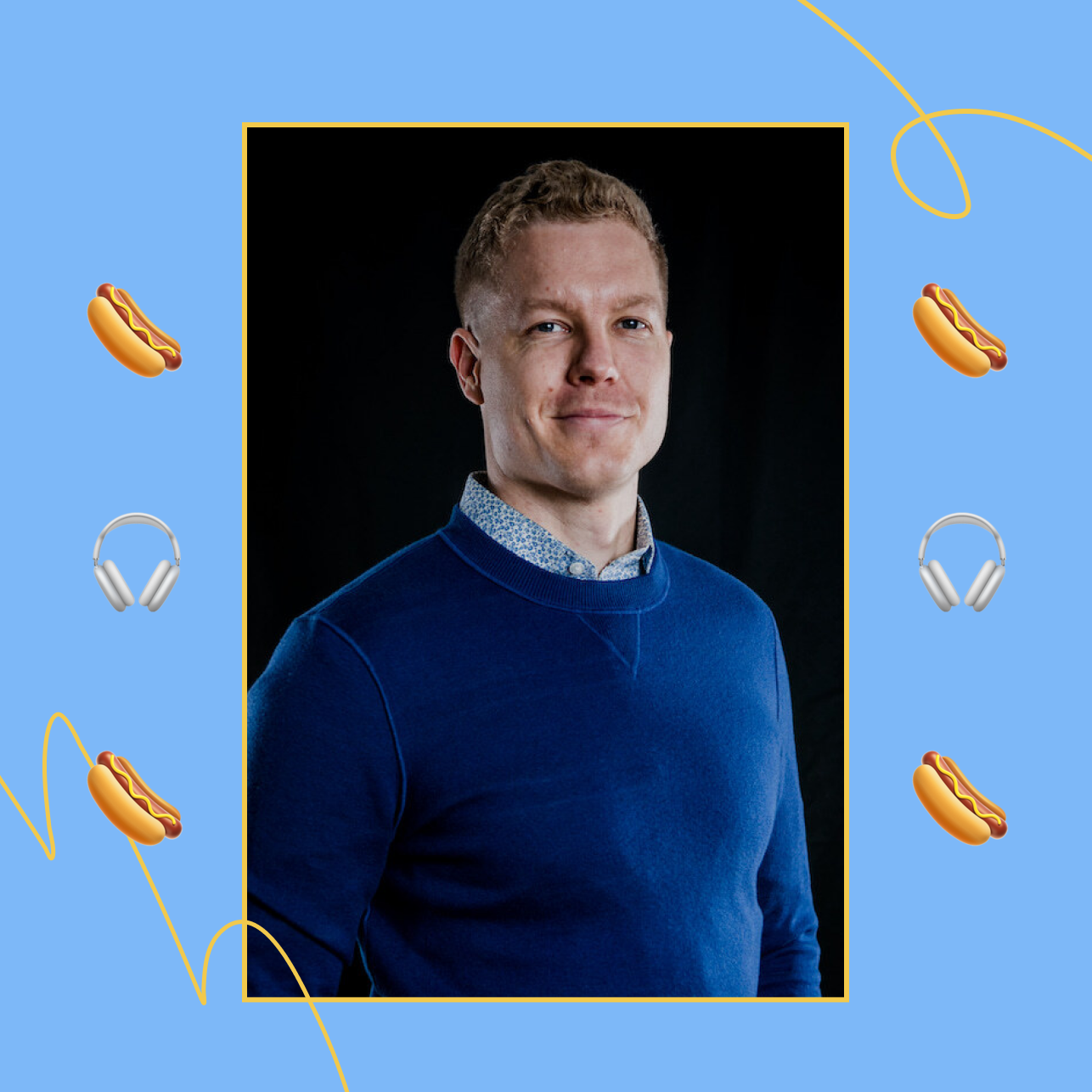 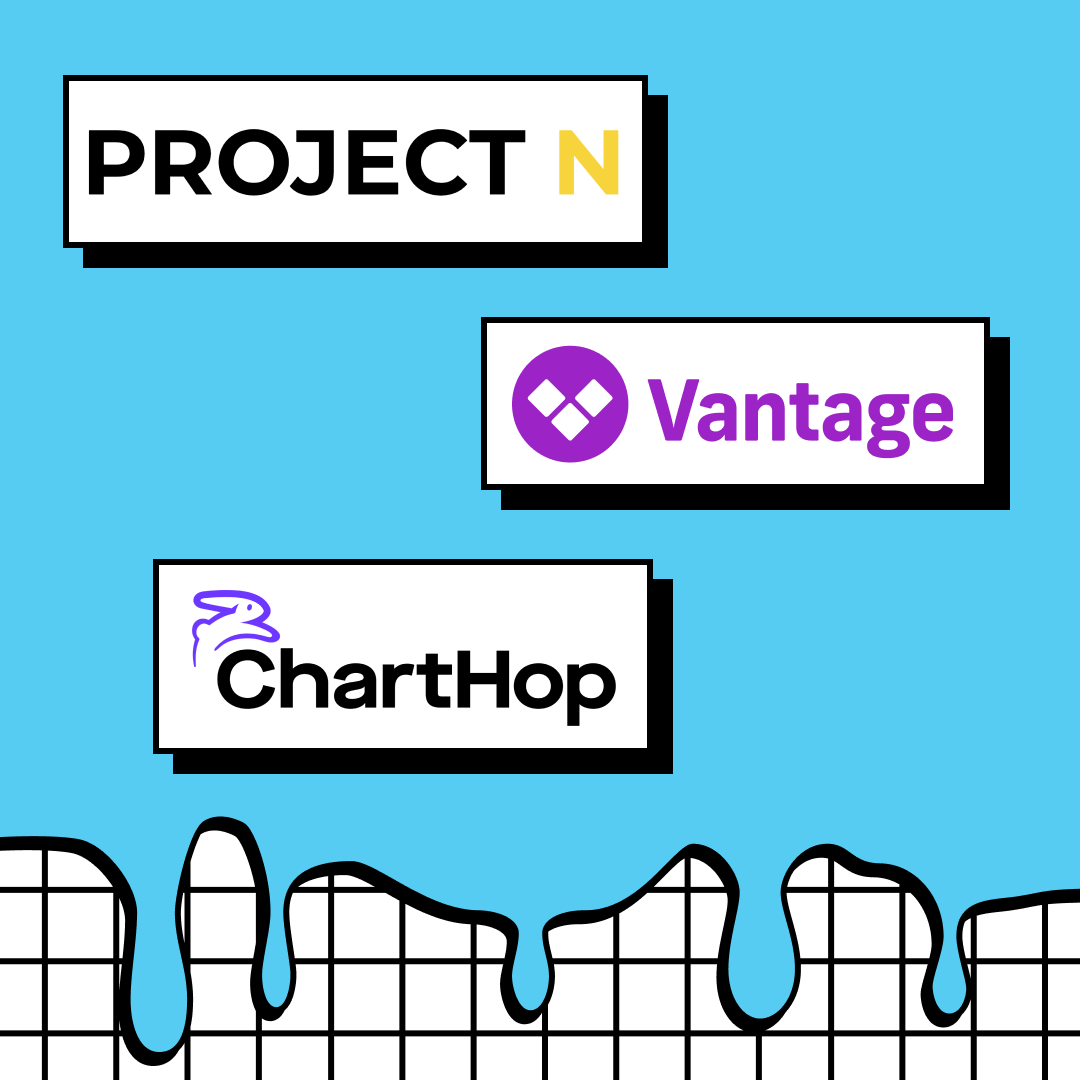 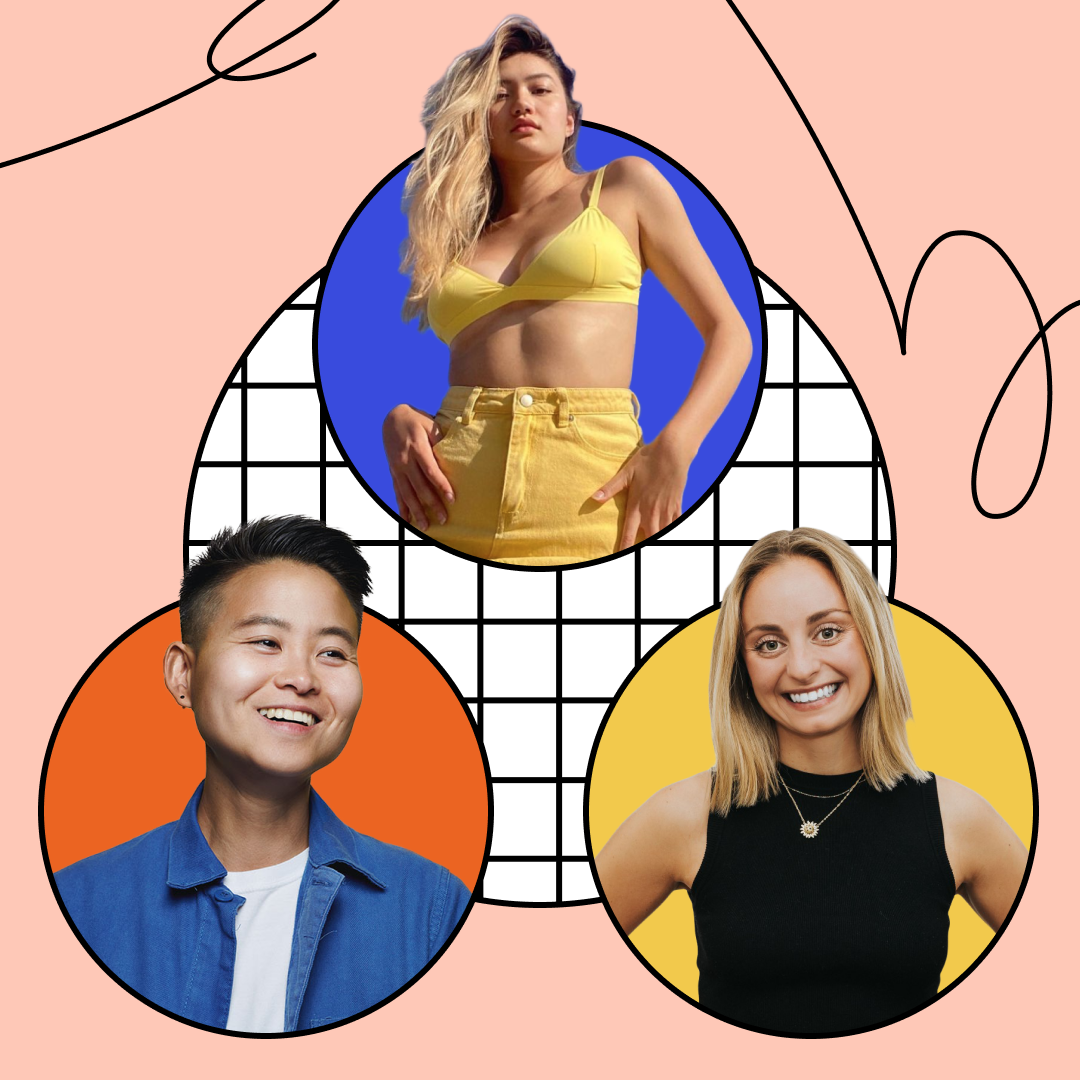 These leaders built brand authenticity from the ground up 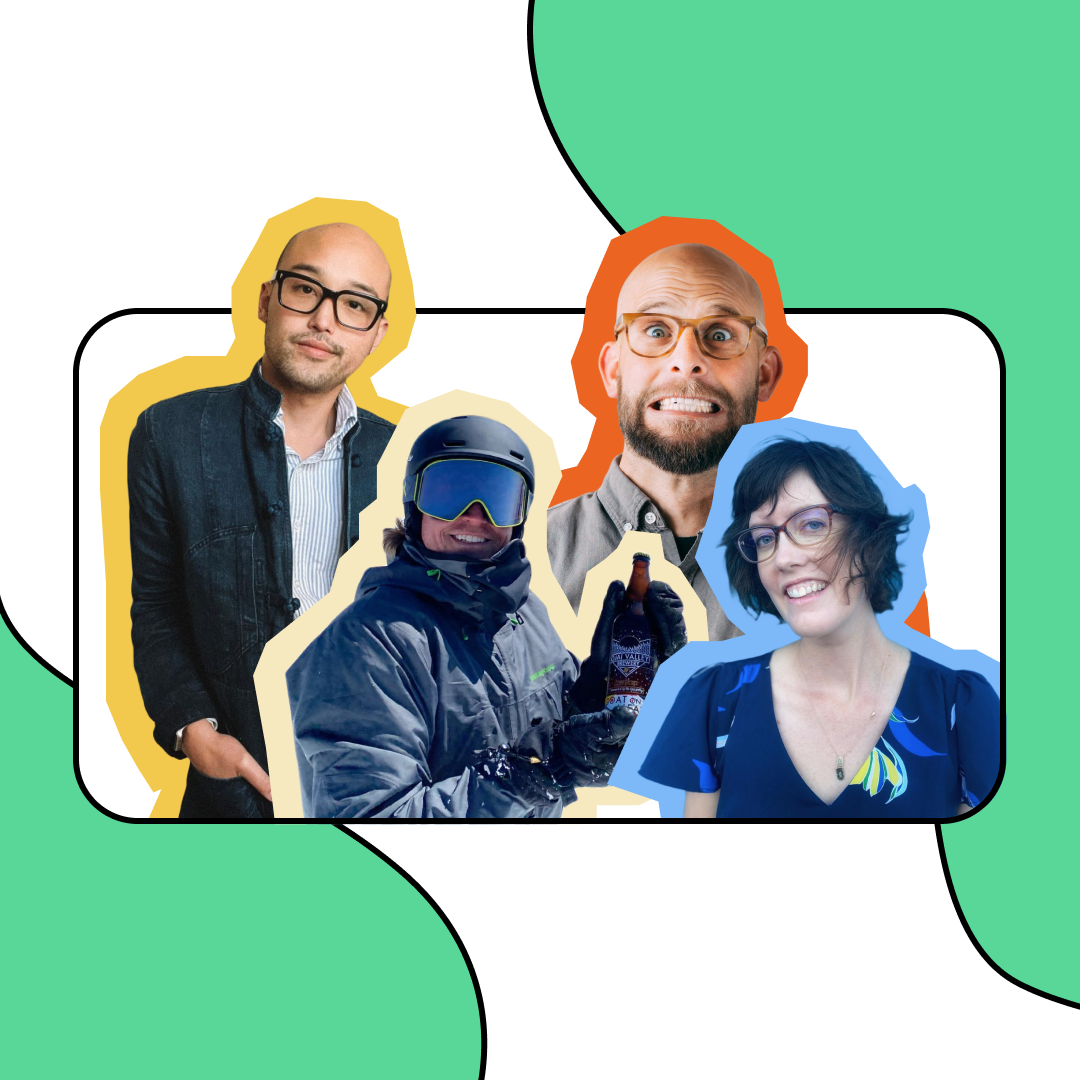 Can you start a side hustle while working full time? My colleagues did. 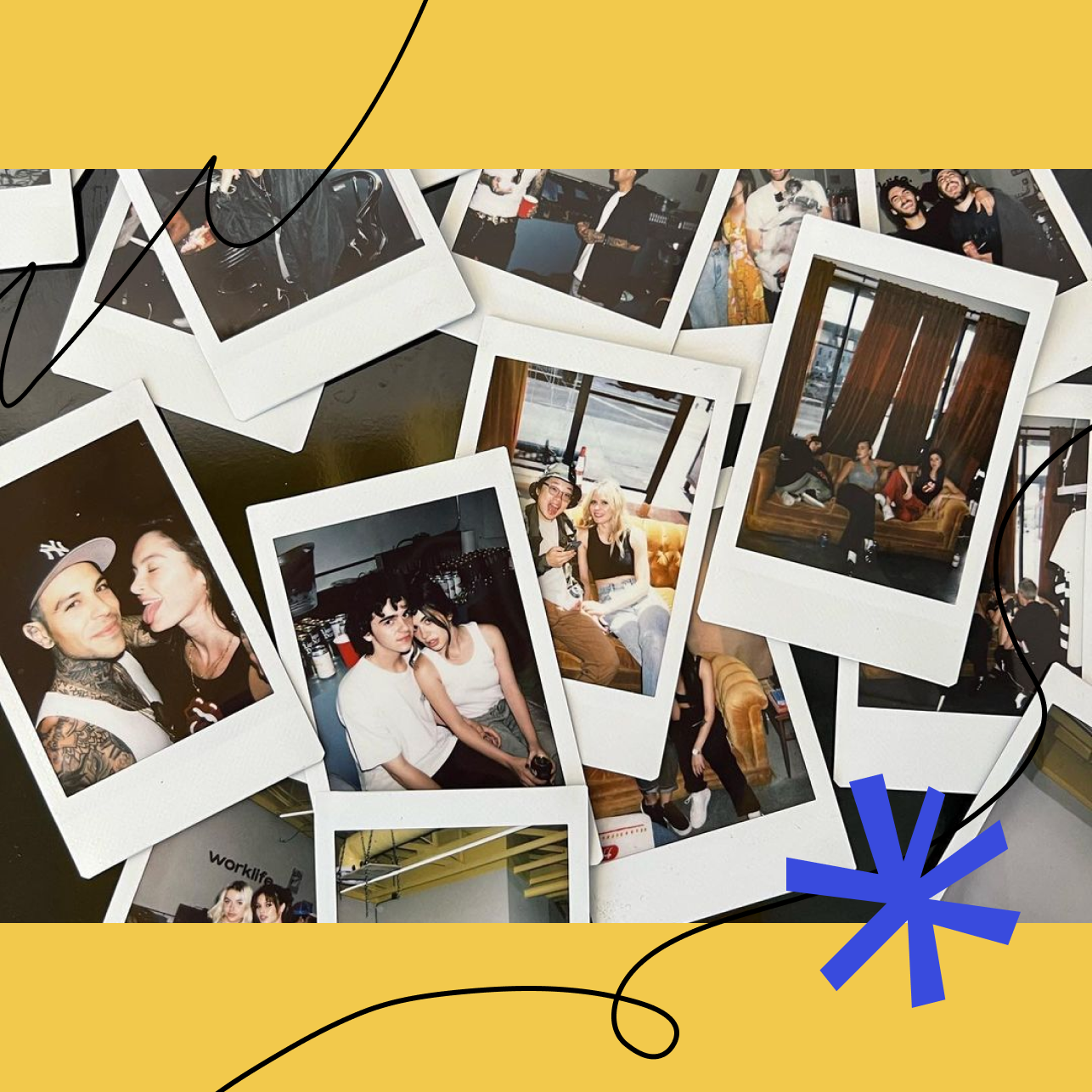 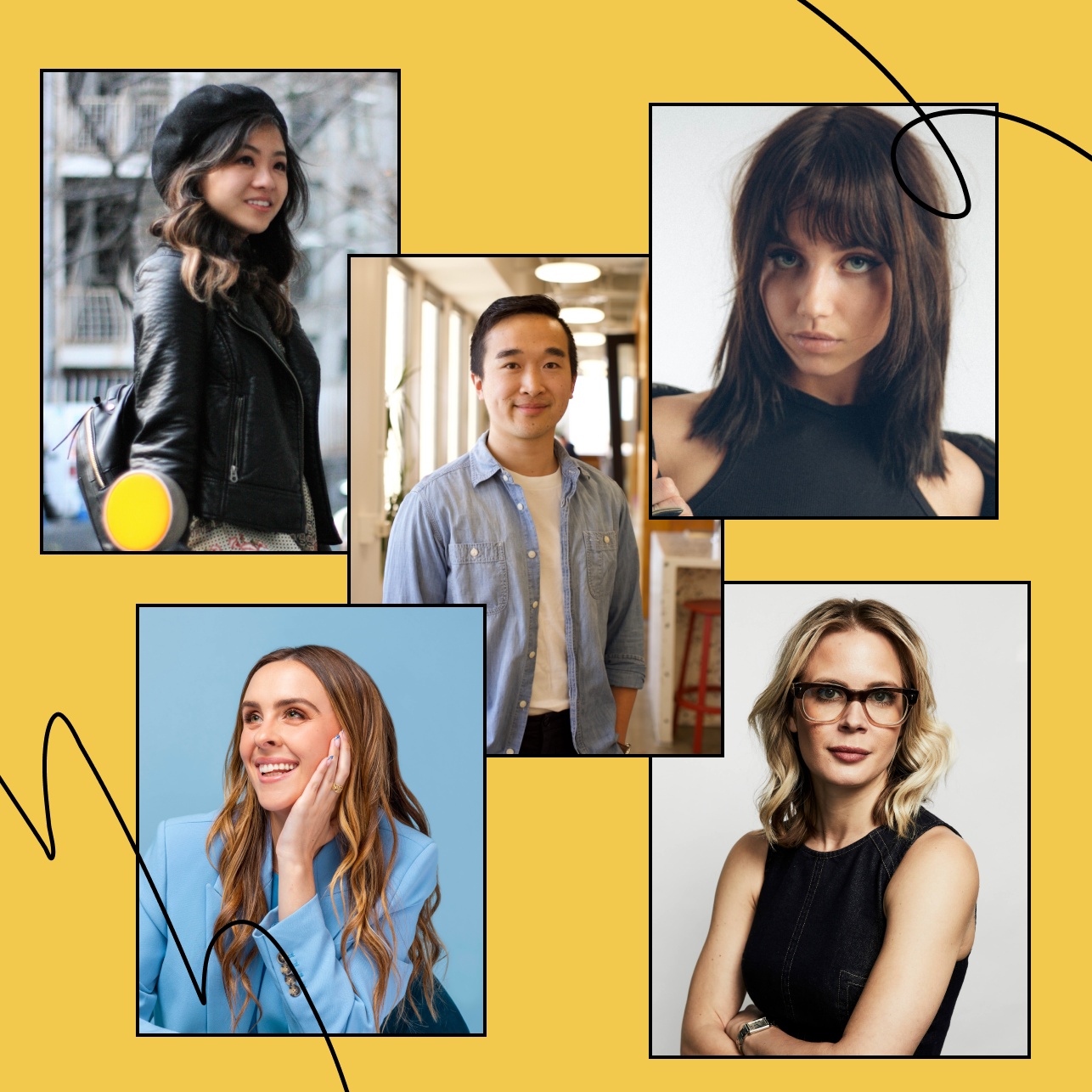